Intel Core i9 Processor Comes to Mobile: The Best Gaming and Creation Laptop Processor Intel Has Ever Built

Today at a global event in Beijing, Intel unveiled the first ever Intel® Core™ i9 processor for laptops. Part of the new lineup of high-performance mobile products unveiled, the powerful 8th Gen Intel Core i9 processor is the highest-performance laptop processor Intel has ever built to deliver the best gaming and content creation experience on the go.

Building on the arrival of the new Intel Core i9 processor for mobile, Intel also announced a new Intel Core platform extension that brings together the benefits of 8th Gen Intel Core processors with Intel® Optane™ memory, rounded out its family of high-performance desktop CPUs and chipsets that deliver modern standby and ambient computing capabilities, and shared new details on the 8th Gen Intel® Core™ vPro™ platform.

The new 8th Gen Intel Core i9, i7 and i5 processors for laptops are based on the Coffee Lake platform and leverage the 14nm++ process technology enabling them to deliver up to 41 percent more frames per second in gameplay1 or edit 4K video up to 59 percent faster than the previous generation with same discrete graphics.2

At the top of the stack, the 8th Gen Intel Core i9-8950HK processor is optimized to push the limits of performance. It is the first mobile Intel processor with six cores and 12 threads. It comes fully unlocked and features the new Intel Thermal Velocity Boost (TVB), which opportunistically and automatically increases clock frequency up to 200 MHz if the processor temperature is low enough and turbo power budget is available. This translates to a turbo frequency of up to 4.8 GHz.

As the PC gaming industry rapidly grows, Intel has seen increasing demand for incredibly fast laptops that can provide desktop-like performance for an immersive and responsive experience, including the ability to stream and record without compromising gameplay while still enabling portability.

But, performance goes beyond gaming. Thanks to the rapid pace of technology innovation, the industry has broadened the access to all types of content and how people create it. It has radically redefined what creativity means, and as content has become richer and more immersive, the level of performance needed to both consume and create that content has also increased. This 8th Gen Intel Core processor family provides a powerful mobile platform for creators. In addition, the new highest-performance 8th Gen Intel Core mobile processors’ single- and multi-threaded performance allows users to enjoy the smoothest and highest-quality mobile VR and new Windows* Mixed Reality Ultra experiences.

The highest-performance 8th Gen Intel Core mobile processor family also adds a new Intel® 300 Series Chipset, which adds integrated Gigabit Wi-Fi for a blazing-fast connection that is capable of being up to 2 times faster than standard 2×2 802.11AC 80 MHz (867 Mbps).3

Intel Optane memory is a smart and adaptable system accelerator for desktop and mobile platforms, increasing the performance and responsiveness of SATA-based storage technology without compromising storage capacity.

Consumers will also begin to see a new platform extension with Intel Core i5+, i7+ and i9+ badges on select systems, starting with today’s high-performance 8th Gen Intel Core mobile processors and desktop processors. This indicates they are purchasing a device that has the combination of Intel Core performance with the acceleration of Intel Optane memory.

The benchmark results reported above may need to be revised as additional testing is conducted. The results depend on the specific platform configurations and workloads utilized in the testing, and may not be applicable to any particular user’s components, computer system or workloads. The results are not necessarily representative of other benchmarks and other benchmark results may show greater or lesser impact from mitigations.

The Intel® Thermal Velocity Boost feature is supported on Intel® Core™ i9-8950HK and Intel® Xeon® Processor E-2186M and is designed to increase performance of both multi-threaded and single-threaded workloads. The maximum Core Frequency is achieved while the processor is at a temperature of 50°C or lower and turbo power budget is available. Frequencies may reduce over time as processor temperature increases.

Altering clock frequency or voltage may damage or reduce the useful life of the processor and other system components, and may reduce system stability and performance. Product warranties may not apply if the processor is operated beyond its specifications. Check with the manufacturers of system and components for additional details. 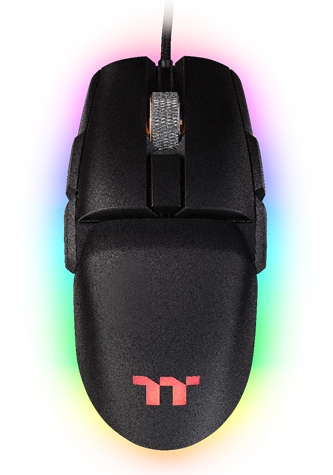